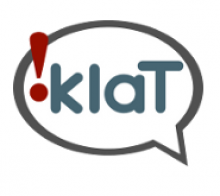 Once upon a time, way back when I was a freshman in college, I went with a friend of mine to see Jello Biafra do a spoken word performance at Case Western University in Cleveland. Biafra is probably most famously known for his role as the lead singer of the legendary punk band, the Dead Kennedys, but he’s also a spoken word performer and a vocal advocate of the Green Party. (This was probably around 2000, shortly after he lost the Green Party Presidential nomination.)

While waiting in line for the auditorium doors to open, there appeared a frantic woman running around yelling, “Who has a car? Does anyone have a car?” Eventually she ended up directly in front of me, got in my face and said, “Do you have a car?” I conceded that I did, in fact, have a car and she promptly asked me how well I knew Cleveland. I told her well enough and she looked at me and nonchalantly said, “Good. You’re going to pick up Jello Biafra from his hotel.”

Woah, completely random event, which for any nineteen year-old punk kid, as myself would be an experience of a lifetime.  Hundreds of thoughts ran through my head, What if I get lost?, How did this happen to us? and hysterically, What do you listen to in the car while Jello Biafra is riding shotgun? and  Do we call him Jello, Mr. Biafra or what?

For the record, we listened to social Distortion, I didn’t get lost and he was registered at the hotel under a (different) pseudonym.  I think I finally relaxed as he stepped towards my car and said “Shotgun!” and hopped in my passenger seat, leaving my companion to the back seat.

We got a shout out at the show and an experience we’ll never forget.